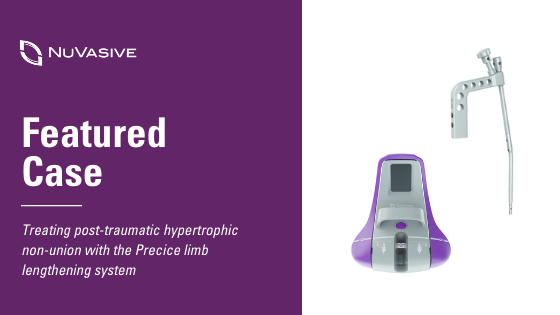 Post-traumatic hypertrophic non-union of the right femur with a 5.5 cm limb length discrepancy

A 24-year-old male involved in a motor vehicle accident in October 2016. This resulted in bilateral femoral fractures and a posterior wall acetabular fracture that were treated at another hospital. Patient presented to me with a hypertrophic non-union of the right femur, complained of midthigh pain and had a noticeable limp due to a 5.5 cm post-traumatic limb length discrepancy. 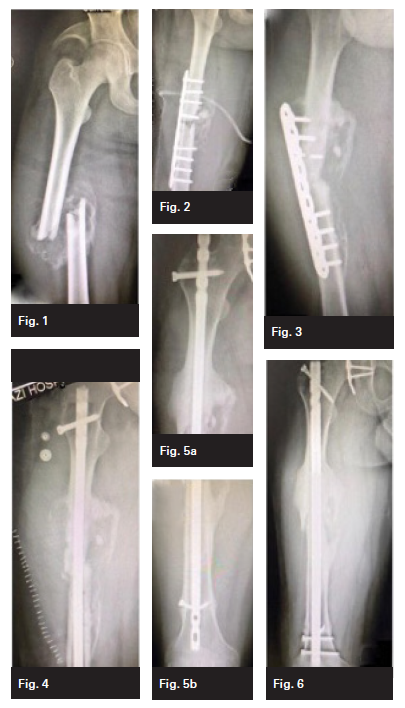 On physical examination, he was found to have a short limping gait. He was able to walk with both feet in a plantigrade position, but had a tendency to flex his left knee in stance. This disappeared and he was able to walk comfortably with a 5 cm shoe lift on the right side. He had a normal foot progression angle in both limbs.

In an upright standing position, a pelvic tilt was noted. However, the tilt disappeared when blocks were placed under the right foot to level the pelvis (Figs. 7a, 7b). In the standing position, observation from the front determined that his limb alignment appeared symmetric and he did not have noticeable genu varum or genu valgum deformity. Examination from behind while standing showed symmetric knee heights with pelvic tilt to right side. His spine was straight in an upright sitting position. Supine exam revealed a positive Galeazzi test (left knee higher than the right knee). Both knees were stable to ligamentous exam. There were no joint contractures noted in hip, knee or ankle. In the prone position, he had symmetric internal and external rotation of both hips and a normal thigh foot angle on both sides. He had intact sensation andnormal muscle strength in both lower extremities. 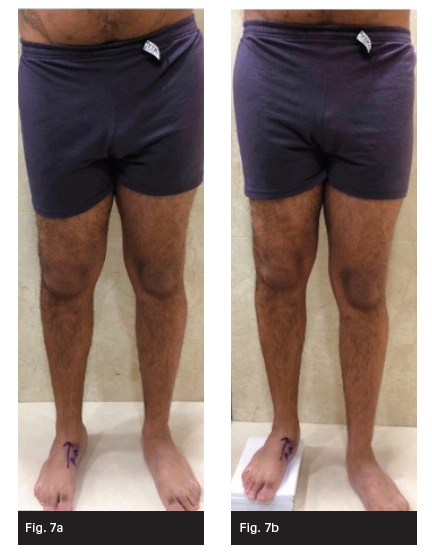 Standing full-length, bilateral lower extremity radiographs were taken. A 3.5 cm block under the left foot did not fully correct his limb lengths. An additional 2 cm of discrepancy was present creating a total discrepancy of 5.5 cm. Analysis of the individual segments reveals the tibias to be symmetric in length, but the right femur is 5.5 cm shorter than the left femur (Fig. 8a). The mechanical axis is symmetrical and slightly medial to neutral in both knees. The mechanical lateral distal femoral angle measurements show a 2° difference between the 2 sides. The medial proximal tibial angle measurements show a 1° difference between the two sides (Fig. 8b). 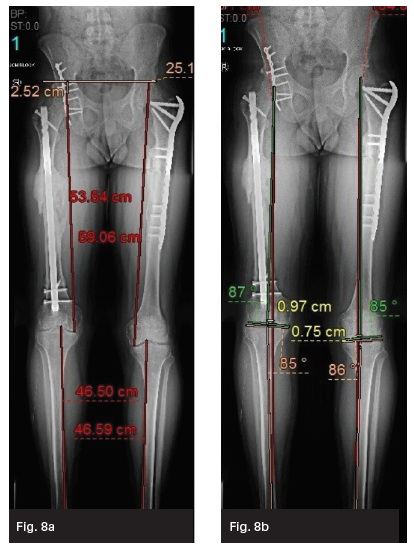 The decision making process was as follows:

In case of incomplete healing at the non-union fracture site, the Precice nail will be used, after complete consolidation of newly formed regenerate bone at the osteotomy site, to compress the hypertrophic non-union site in order to induce healing. 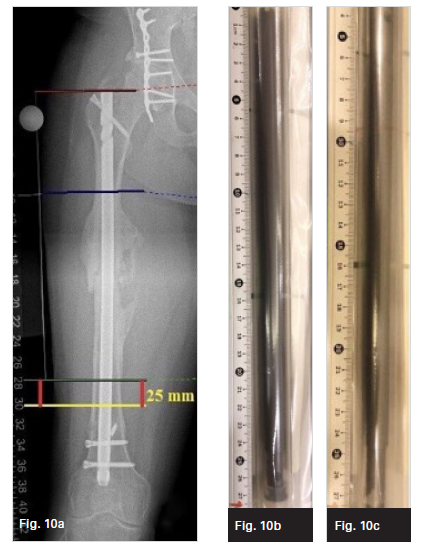 In addition to internally lengthening bone through distraction osteogenesis, the Precice nail can be used to treat nonunions by: 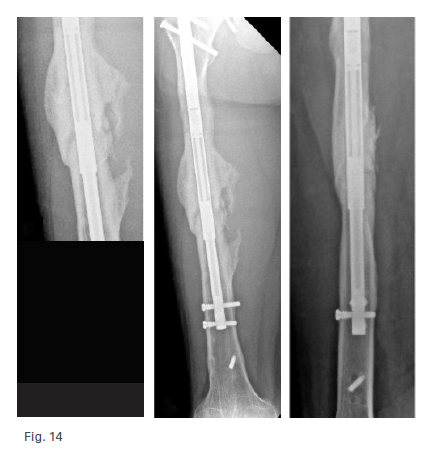 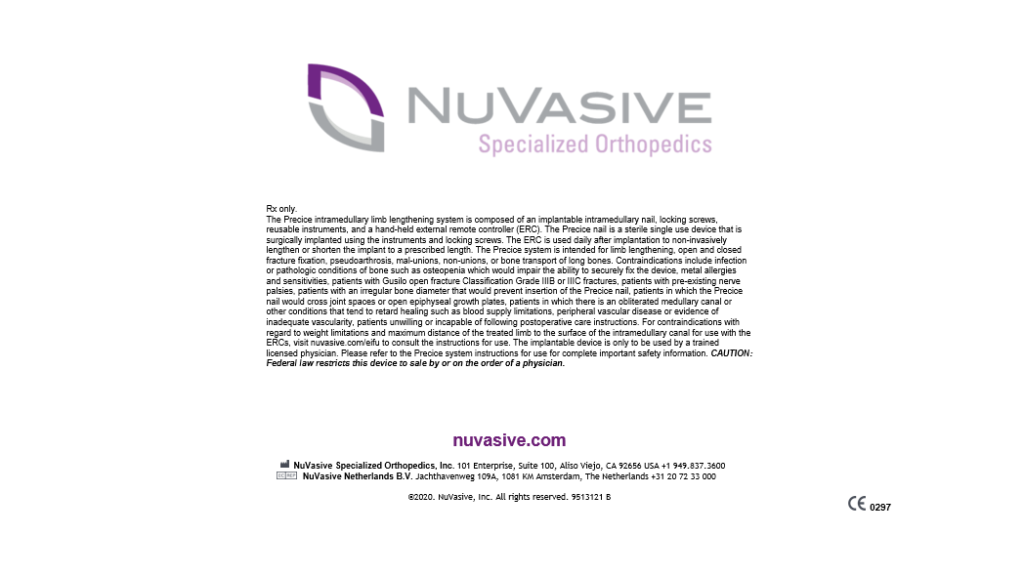 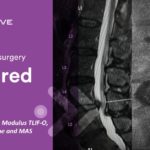 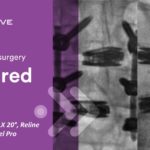 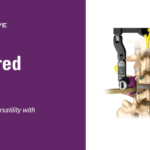