Tim Langston received a six-level fusion in April 2017. He’s dealt with back issues since 2000, and is finally back doing what he loves without the pain he had prior to surgery. We were able to talk with Tim and get his perspective on his journey before and after surgery. Read his Q&A below:

How did your back pain affect you and your passion for teaching?

Back pain had begun to consume my life. I had my first surgery at the age of 17 in 2001, and my five-level (T10-L3) spinal fusion in April of 2017 was my third surgery. Although I have been in some form of pain since my first surgery all those years ago, nothing prepared me for what the two years prior to my fusion would be like.

As a middle school teacher, my entire career is centered on being able to move around and to provide my students with 100% of my attention, so being in a tremendous amount of pain robbed me of the life that I wanted to live and it prevented me from being the teacher I was accustomed to being. During the last year leading up to my surgery, I found that I could barely concentrate because pain literally was my life. I also found that I could barely make it through the day, not to mention the workweek.

As hard as I tried to fight back, my pain was beginning to define who I was as a teacher, a husband, and a person.

What did it mean for you to be able to return to your students with less pain?

One of the hardest days of my entire life was the day I left work on April 12, 2017, knowing that I wouldn’t see my students again until after my surgery and well into my recovery. Saying goodbye to my colleagues and students was harder than I ever thought possible, but I knew that my surgery would make it all worthwhile. I teach at an incredibly close-knit school, and my students are just like my own children; they mean the world to me. One of the goals that kept me going was knowing that my students were counting on me to come back healthy and strong in the fall, and I didn’t want to disappoint them.

Seeing them in August knowing that I was feeling much better than I had in many months made everything completely worth it. When I went back to school, I felt like a new person. Teaching is a demanding career on so many levels and being able to spend my energy on my students rather than my pain truly allowed me to teach and have fun with my students again.

Can you describe the feeling post-surgery?

When I woke up, I felt better than I could remember. It sounds crazy, but all of a sudden most of my “old pain” was gone. My “old pain” was a burning, stabbing pain that never truly went away. When I woke up, the “new pain” was mostly just surgery pain that I knew I could tough out. As out of it as I was, I knew one thing: I was going to have my life back. I seriously never doubted that for a moment.

Any words of advice for those around your age that are still apprehensive about spine surgery?

Having my spinal fusion was not an easy decision for me. Despite all of the pain and despite knowing that there was no way I could continue my life the way it was, the fusion still terrified me. Looking back, I think that the hardest part was the uncertainty: I truly didn’t believe that anything would be able to give me my life back. I went through round after round of injections and I also underwent a nerve ablation with the hope that something would magically “fix” me. After I realized that my back was not going to get better and that my life was essentially in shambles because of the pain, I went straight toward the fusion without the same hesitancy as before.

Finally, I began asking myself, “Am I going to go into 2018 on the road to recovery or I am I going to be on the same path as I am now?” Well, that was all I needed!

I’ll start by saying this: my back pain has changed my life. There’s no way around it, the pain has taken away more days and hours than I care to admit, and I will never have that lost time back. However, my back pain doesn’t control my life anymore because my spinal fusion has given me a second chance at life. When I think about what my life would be like right now at this very moment had I not chosen the path of hope over the path of fear, it makes me wish I had never let my back pain take hold of life the way it did. It’s so easy to become accepting of pain because it becomes part of your life and the fear of the unknown is sometimes much more powerful than the chance of recovery. I went into my surgery knowing what to expect, what the risks were, and what my chance of pain relief was, and I am so thankful I have so much of my life back now. If I could do it all over again, the only thing I would do differently is to have my spinal fusion sooner. I truly wish all of the back-pain patients out there as much success as I have had. 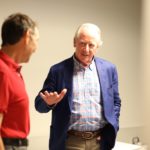 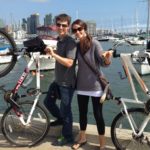 From a Patient’s Perspective: Meet Sheryl 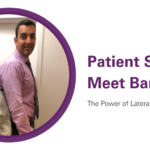 The Power of Lateral Surgery and XLIF®: How One Woman’s Journey Changes for the Better 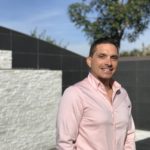